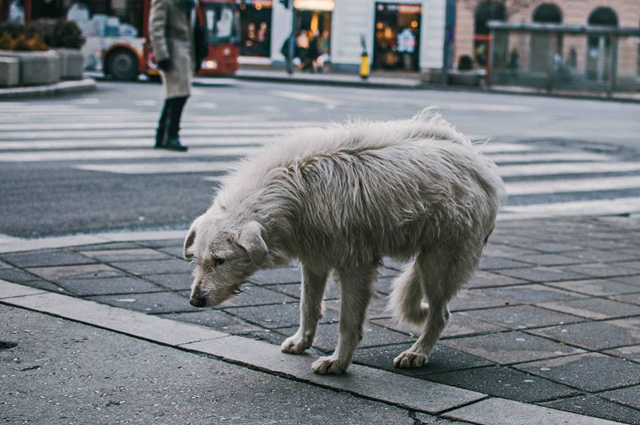 In the event of World Stray Animals Day, which is marked on 4th of April, the societies Link Plus, Hope for Animals - Riska and Feniks have sent a public appeal to the decision makers that the problem of abandoned animals in Serbia should be handled systemically, while respecting humane and sustainable practices.

World Stray Animals Day this year is marked in the sign of changes to the Animal Welfare Law, and a plea from the societies which underline heavy breach of the existing regulations of that law. Right now in Serbia, there is no implementation of measures for responsible ownership, adoption of homeless dogs and cats is not encouraged, and breaches of the Animal Welfare Law are not being penalized.

We call on the citizens to visit their local shelters and adopt a dog or a cat, and thereby help to reduce the numbers of abandoned pets. We appeal to the state authorities to support adoption of homeless animals, because dogs and cats are domesticated species which belong next to humans.

It is estimated that 75% of the total world dog and cat population of dogs and cats don't have a home. Most of them weren't not born in the streets, but have been kicked out of their homes. Animals have a hard life on the streets, but their days are also filled with joy when they encounter good-intentioned people, and their friends of the same species. Concept of shelters in the transitioning countries have not brought salvation to abandoned animals, but usually new kind of suffering, and frequently - death.

Footnote: Beside International Homeless Animals Day, which is marked on the third Saturday of August, another date - Stray Animals Day, is marked on 4th of April. The idea to dedicate another day of the year to the cause - of raising awareness of the suffering of abandoned animals - came from Dutch activists.